Why is it Important to Recycle?

The World’s Most Efficient Recycler, Nature

Can you imagine a world where nature did not recycle its organic and inorganic matter? Life would not be possible if it were not for recycling.
Nature has been able to sustain itself for billions of years by using nutrient recycling, solar energy, and biodiversity. Some environmental scientists have identified these as the three scientific principles of sustainability.
If we mimick nature’s way of being sustainable and efficient, we can learn to live more sustainable.
According to environmental scientists, studying how life on Earth has survived and adapted to major changes in environmental conditions for billions of years can teach humans how to live sustainable and efficient. By applying these lessons from nature to our lifestyles and economies, we can pave the way to sustainable living.


Why is it important to Strive for Higher Efficiency and Sustainability?

In recent decades, there has been an alarming exponential growth in the human population due to three important factors. The rise in mass agricultural production caused by the agricultural revolution spurred human population growth worldwide. Second, the technology revolution that has allowed humans to live in diverse habitats and varying climatical zones like Alaska; where humans would not normally live if it were not for heating systems and global transportation. The third factor that has played a role in exponential growth, is longer life expectancy due to vaccinations and anti-biotics.

Exponential growth also brings higher demands for the resources we need to survive, such as food, water and energy. Not only do these resource demands increase exponentially, so does the waste and greenhouse gas emissions in our atmosphere. 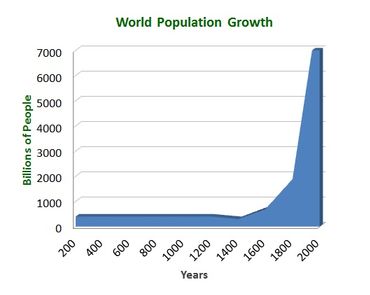 Mandatory commercial recycling should not be the only reason why recycling is important, it is also good for business.

By evaluating how your company produces waste, it can help uncover costly inefficiences that can be avoided and ultimately increase your bottom line.

Commercial establishments in South Florida produce more than half of all solid waste, much of it being recyclable. Businesses in Miami-Dade County alone produce approximately 1.7 million tons of waste each year.